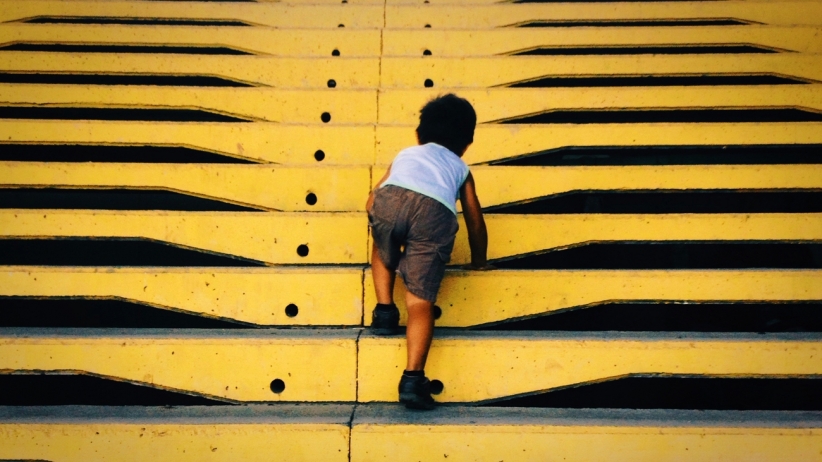 To live a life of high achievement, you must fully believe in yourself and your ability.

Find me an extremely successful person who doesn’t greatly believe in themselves. It’s not going to happen. Steve Jobs, Martin Luther King, Jr., Michael Jordan, Elon Musk and Mark Cuban are just a few highly successful individuals who benefited greatly from this confidence. However, it’s not their levels of success that I want to talk about. It’s their willingness to get up again and again when they failed or experienced a setback while in pursuit of creating the life of their dreams.

They were only able to keep going and achieve success because of the level of belief in themselves despite the enormous amount of failures they had experienced for years leading up to their big breakthroughs. Their belief is what created a vision so big that they didn’t care how many times they failed at something. They were eventually going to get to where they wanted to go.

Especially as a business owner and entrepreneur, you are most definitely going to fail and experience a loss or setback at some point. If it hasn’t happened already, it eventually will. That’s not to be negative or discourage you, that’s just life. But when it does happen, and when your belief is strong, no failure or setback will have the power to completely wipe you out. Belief in yourself is the name of the game.

Here are two of my daily habits that have consistently helped me increase my belief in myself and shatter all self-imposed limitations.

As human beings we naturally have the tendency to get stuck on the negative and think about all of our losses for the day, instead of counting our wins and finding all of the good that took place.

I use my gratitude journal to capture all of my wins at the end of each day. This can be the wins from today, last week, last month or even last year. It doesn’t really matter when, but the key is to just get in the habit of capturing all of your wins. This will bring you a complete sense of joy that will let you know that you have done some incredible things in the past and remind you that even bigger things can happen in the future.

Whether big or small, it doesn’t matter — just count your wins!

Just as my friend and bestselling author Jon Gordon always says, “Talk to yourself more than you listen to yourself.” Just for one week, try talking to yourself like a champion instead of listening to yourself as a victim. I guarantee that you will be blown away by the results. It may seem weird to talk to yourself, but give it a try and then see if it’s worth the “weirdness.”

The men and women that change the world all understand the incredible power of belief. 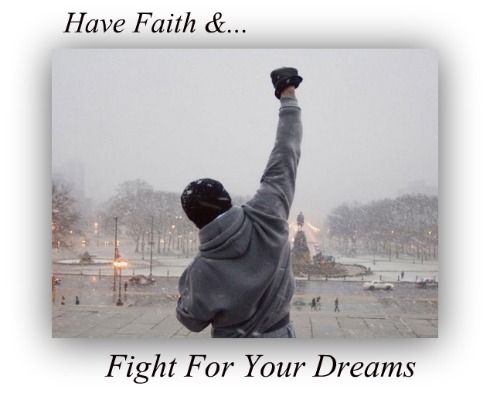 This is extremely important. Just because people tell you that you’re out of your mind or dreaming way too big, doesn’t mean you have to listen!

I am a prime example of what can happen when you silence all of the negativity and go to work on your dream, whatever your dream is, every waking moment.

In high school, I was told I will either be dead or in jail by the time I was 21. When I came to my senses and had a very special moment with the man upstairs, I decided once and for all that I wanted to change my life.

At the time, the only way I knew how to pay back those I hurt and loved the most, was through athletics. Right then and there began a whole new journey for me. I proudly went around telling all of my family and friends that I wanted a Division One scholarship for football.

People laughed at me, even those who loved me most. What did I do? Silenced the external noise and fought day and night for my dream. Every waking moment I worked on my craft and just knew that I was going to make something of myself.

Six months later, I received a total of 19 Division One scholarship offers from some of the most prestigious athletic programs in the country.

Once I got to college at Indiana University, it began all over again. I repeatedly was told, “You made it collegiately, but you will never play a down of professional football.” I kept working on my dream and most importantly never lost faith. Three years later, I signed a contract with the Chicago Bears.

Unfortunately, I suffered an injury while playing the San Diego Chargers. The same old noise and negativity found its way back into my life. Over and over again I was told how athletes never make anything of themselves once they are done playing their sport.

The injury I sustained wasn’t career ending, but I was out long enough to reflect back on my journey. This is where I discovered my true purpose. My WHY.

Three years later, I have a phenomenal team of 7, and I get to travel and speak to some of the greatest companies in the world.

Please understand, none of this is to impress you, but to impress UPON you. That if I can do half of what I have done throughout my 26 years of life, you can too.

Never lose belief in yourself and all that you are capable of. Always remember to work day and night towards your goals, and NEVER listen to the opinion of others when it comes to YOUR dreams.