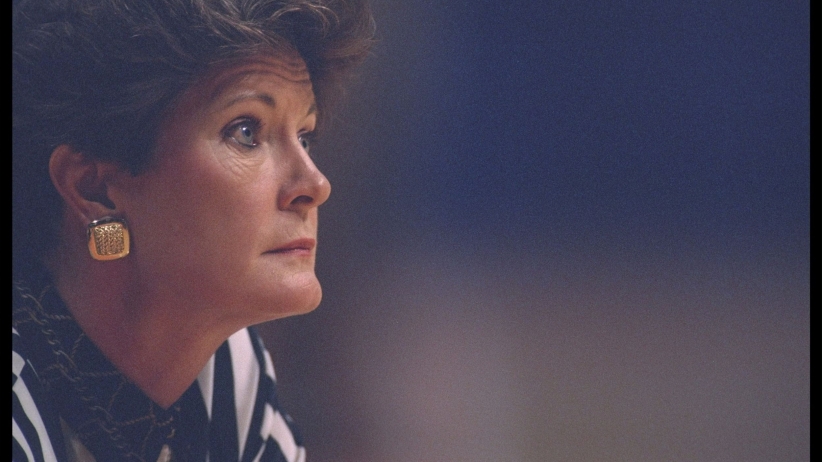 Pat Summitt, the leader who helped bring the University of Tennessee’s Lady Volunteers to becoming a powerful force on the basketball court — and who became the winningest coach in college basketball history — died on June 28 of complications from Alzheimer’s Disease.

Coach Summitt was not only a phenomenal basketball coach who dominated on the basketball court, she was also an incredible human being who made a profound difference in the lives of those she coached.

Unfortunately, I never personally met with the legendary coach. However, after watching some of the interviews with former players and all of the other people who were so fortunate to personally know Coach Summitt, it’s very easy to see what a monumental impact she had on so many who crossed paths with her over the years.

Coach Summitt exemplified what it means to be a real leader. A real leader isn’t someone who just has the head job and collects the biggest paycheck. A real leader serves those that they lead. A real leader works for their players or employees, not the other way around. A real leader invests the time, energy and effort into developing their people to not only become better at their job, but also better as people. A real leader makes an impact in the world. In her 38 total years at Tennessee, Coach Summitt won eight national titles and 1,098 games — the most by any Division 1 Basketball Coach, male or female.

Not only this, but Summitt made a profound impact on women’s college athletics. When she first took over as head coach at The University of Tennessee in 1974 when she was just 22 years old, the NCAA didn’t even really pay attention to women’s basketball. None of that mattered to Summitt. She couldn’t be ignored as the wins and championships continued to grow. She helped bring to light women’s basketball throughout the nation. And the rest is history. This is what true leadership is all about.

Pat Summitt was not just a basketball coach. She was humane, caring and empathetic. She was all “about the people.” She kept in touch with all of her former players, visited them when they were going through difficulties, and continued to help develop them as a friend even after their time on the basketball court was up.

That should be a reminder for all of us. One of the most important things that you can do as a leader right this moment is start investing in your team, which means directing every ounce of your energy into caring more, serving more and loving more. As a leader, it’s very easy to bask in the limelight or get sidetracked by all of the obligations that you have in front of you every morning as you step into the office.

When you truly start to find ways to invest back into your people and leave your office door open to provide a listening ear for someone who may be battling a disease or who has just lost a loved one, or some other personal issue, does more for your organization’s future success than actually handling work-related tasks. It’s always about the people.

Your organizations long-term success is dependent on all of the people within your organization. Sure, great systems, phenomenal products and awesome customer service are critical for success, but never underestimate what truly makes great organizations thrive and separate themselves from the rest of the pack. They have a leader who passionately cares about the people they lead. In return, these people will go above and beyond to get the job done and carry out their leader’s vision.

There are so many leadership qualities that are required in order to become a great leader, but in my opinion, caring and loving more each day is the starting point to greatness.

Instead of thinking that others work for you, develop the mindset and perception that you work for others. By adopting this mindset as a leader, you will revolutionize the culture of your organization and inspire your people to do whatever it takes to create something special.

Just look at, and remember Coach Pat Summitt. That’s what a real leader looks like.