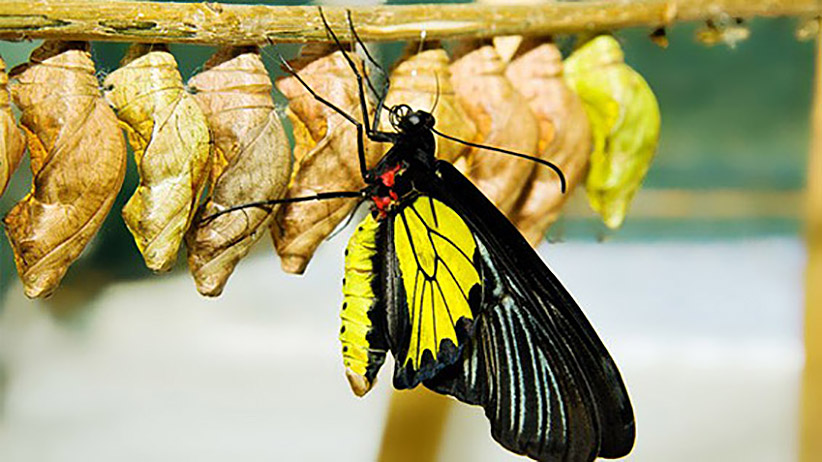 Have you ever been in the situation where you really wanted to get something important done but all of a sudden your internal dialogue took over and you ended up talking yourself out of actually doing it? If I had to guess, chances are you have. It’s more than likely that all of us at some point have been in a similar situation.

I come across people on a daily basis who go on and on explaining how badly they want to write a book, start a business or pursue a passion. And, as the conversation continues, the next thing that comes out is a list of reasons why that hasn’t happened yet.

Unfortunately, most will continue their lives without realizing their goal. It’s not that they lack talent or that something is wrong with us. What has happened is that like millions of other people, we’ve let one of the biggest dream killers, resistance, completely take over our lives and decision-making ability.
We all have big hopes and aspirations, but as time goes on and we grow older, we let that resistance creep in and prevent us from tapping into our full potential. And the thing is that the more important and special something is to us, the stronger and more powerful our resistance will be. One of the best books I have come across that details this process is The War of Art by Steven Pressfield. I highly recommend it because it explains that it’s not just creatives who deal with resistance; it’s anyone who desires to live a bold and highly successful life.
I have had my own battle with resistance over the years and have learned how to minimize its effectiveness each time I feel it gaining an edge on me. Here are three ways I’ve defeated resistance and gotten my most important work done.

Resistance is at its strongest when you’re getting ready to start something. When I first sat down to write my book, I stared a few minutes at the blank screen, knowing exactly how much I had to write, and immediately came face to face with resistance.

Multiple excuses began to pop up, and the last thing I wanted to actually do was to start writing. But the turning point came when I stopped thinking about the thousands of words I had to write that day and just made getting started my main focus.

Once I was able to just get started, everything was downhill from there. When you direct all of your focus to  taking the first step, you destroy resistance little by little. The last thing resistance wants you to do is to start on an important project or work that truly matters. Whether that project is writing a book, starting a business or pursuing a passion, just focus on taking that first step.

One of the major benefits of being a former athlete is that I am always trying to compete with myself and have fun with everything that I do. Instead of looking at resistance as some dreadful and awful experience, I try to have some fun with it and make it a game. At the end of each work day, especially when I am in the process of working on a major project like writing a book, I will keep score of how many times I have beat resistance. Nothing feels better than to get to the end of the day and look at how many times I have successfully defeated resistance.

This ends up increasing my fulfillment, happiness, and overall satisfaction for that particular day. This simple and fun practice has drastically transformed the way that I work. I encourage you to find your own practice and what works best for you. What works best for me may not be the best solution for you, but that’s not the main point. The most important thing is that you give yourself permission to have fun with resistance instead of let it cripple you from performing your best on a daily basis.

When you get extremely clear about what you’re  trying to achieve, who you are as a person and the overall mission and purpose for your life, the resistance you’re up against loses a great deal of its power.

Returning to my efforts to write a book: Once I got extremely clear about why I wanted to write in the first place and the type of impact that I wanted it to have on people, I got motivated to take action. A lot of times, resistance gets the best of us because we forget the importance of gaining clarity before we start something.

The next time you feel resistance overpowering you, then, stop what you are doing and spend some time getting connected with your major life purpose, your biggest goals and dreams for the year and anything else that motivates and excites you. A simple mindset shift like this can make a profound difference in not only your ability to beat resistance, but in the way you feel about life.

I strongly believe that every one of us has a unique talent and ability that can be used to make a tremendous difference in the world. Don’t let resistance get in the way of preventing you from leaving your mark on the world.

Just as author Steven Pressfield said, “Most of us have two lives: the life we live, and the unlived life within us. Between the two stands resistance.”

Don’t let resistance interfere with your becoming the best version of yourself.