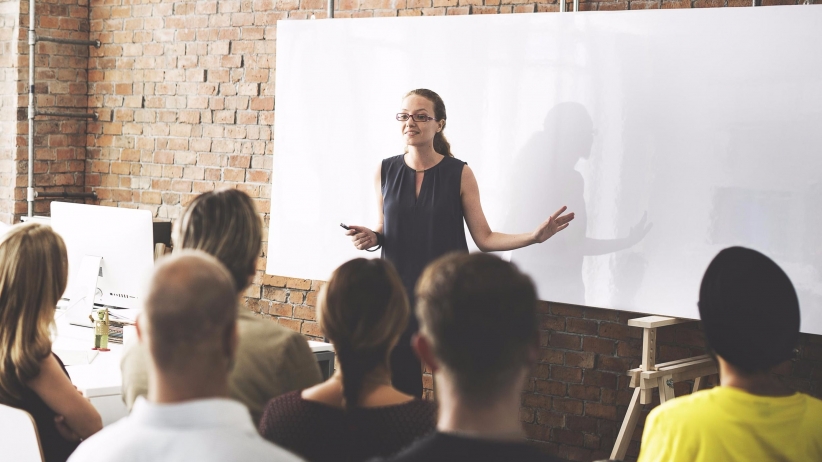 So, what exactly is a transformational leader?

In my own view, a transformational leader not only builds an incredible organization that grows each and every year, but inspires his or her people to constantly innovate and reach their full potential.

In an article in Psychology Today, Ronald Riggio wrote that, “Research evidence clearly shows that groups led by transformational leaders have higher levels of performance and satisfaction than groups led by other types of leaders. Why? Because transformational leaders hold positive expectations for followers, believing that they can do their best.

“As a result, they inspire, empower and stimulate followers to exceed normal levels of performance. And, transformational leaders focus on and care about followers and their personal needs and development.”

I recently had the pleasure of spending the day with Bill Darcy, CEO of the National Kitchen & Bath Association. Darcy has not only transformed an organization, but an entire industry. Darcy is a transformational leader through and through. When you speak to his employees or colleagues at different companies, the impact and influence he has had is clear.

In our conversation, Darcy and I discussed three factors that have helped him rise to the top and become the transformational leader he is today.

Spending the entire day with Darcy, I could easily see that he truly lived each and every day to the fullest. It’s not a coincidence that he listed this as number one when I asked him the three most important things that helped him get to where he is today.

Darcy said he’d learned the importance of making each day count when his son was born with a rare congenital abnormality and it was unclear whether the boy was going to make it or not. “Going through the experience of nearly losing my son changed not only my life forever, but also how I work and lead on a daily basis,” Darcy said.

Transformational leaders, in short, don’t waste their days. They make every single day count, and it shows in everything they do. They possess an incredible sense of urgency, which inspires their team members to act in the same manner. As legendary basketball coach John Wooden once said, “Make each day your masterpiece.”

If you dig deep into the backstory of any transformational leader to analyze this person’s path to where he or she is today, you will often notice an incredible level of perseverance. Leaders, like anyone, experience plenty of tough and challenging times. Transformational leaders, however, stay poised during these times and trust in their process to get the job done.

Darcy said, “I have been rejected in my career more times than I can count, but the one thing that I always stayed true to was to always keep fighting for what you believe in. When you keep fighting, breakthroughs eventually arise.”

At the young age of 25, Darcy was working for the billionaire and Penske Corporation chairman, Roger Penske. Penske instilled in his organization and all of his employees the slogan “Effort equals results,” and Darcy told me that he was able to see firsthand how vital those words were in the company’s growth and success.

“Every detail mattered and the slogan that Penske used created a huge cultural influence,” Darcy said. “No one ever had to guess what was expected of them when they showed up to work in the morning.

“As a leader, you set the tone within your organization,” Darcy added. “The one thing that we can all control when we show up to work is the effort that we put forth.”

I hope Darcy’s story of becoming a transformational leader inspires you to have the same kind of influence on not only the organization that you lead, but the entire industry that you are in.